It surely takes skills and cutting-edge equipment to reach the reputation the company has earned. That is where Epiroc compliments the scene—with a lasting partnership through providing efficient and high-technology drilling equipment that supplements QED’s operations.
In an interview with expert driller and Managing Director of QED, Mr. Alan Blackley shared how using the Diamec Smart U6 from Epiroc, has made a big difference in productivity.
Embracing modernization, QED acquired Epiroc’s Diamec Smart U6, a safe and ergonomic underground core drilling rig designed for high performance, for a 50.000 meter plus underground drilling project for a client in the Philippines.

“When we bid for the work, we saw that our competitors were suggesting equipment that, whilst functional, was not as productive as that of the new machines now available on the market. We always see how we can differentiate ourselves and in this case, with the high demand on safety, we decided to go in with the latest technology and automation which made us choose the Diamec Smart U6 drill rig with Rod Handling System to offer superior productivity, safety and automation,” Blackley proudly shared.

PRODUCTIVITY
QED hails Epiroc’s Diamec Smart U6 for its superior technology and productivity.
How does Epiroc’s Diamec Smart U16 affect QED’s productivity and operational cost? At the commencement of the work there were delays associated with establishing a new underground mine and drilling conditions were not exactly as anticipated, however having the U6 Smart drill paid immediate dividends. Using the rod handler to safely manage in-hole water flows as an example. The ability to drill autonomously, when the crews evacuate for blasting, all helped with production. We firmly believe that the Smart U6 rig is significantly more productive than the previous rigs used in the mine. In ideal conditions, the Diamec Smart U6 achieved a 90-meter shift record.
Why choose the Epiroc Diamec Smart U6 Drill compared to previous drilling equipment used? We felt that Epiroc provided the best solution. There are other manufacturers with very good machines, however we see Epiroc as having superior and reliable technology which suits our need. Also, Epiroc provided stocks of spare parts and has a service technician based in the Philippines who aids in mechanical support. This reduces down time when a problem occurs. By the way, there are always the occasional problems regardless of how the equipment works!
In the scale of 1-10, how would you rate Epiroc’s Diamec Smart U6 performance satisfaction? On a scale of 1-10, I would rate it as an 8 (eight) because nothing is perfect. [But] it’s a very good machine and very reliable.
Would you consider acquiring more products from epiroc for your projects? What are those? Yes we would. As the mine has become more established, QED has purchased another drill from Epiroc. That is a U8 Smart drill. The Diamec U8 Smart is a larger capacity version in the Diamec family and can drill up to 1,600 meters “N” size hole compared to the 900 meters of the Diamec Smart U6, yet with the same features and technology. Utilizing this more powerful rig, QED can provide even more to its client.
SAFETY
QED’s promotes “Reduce Your Risk” as a reason for Clients to choose their Company when considering possible contractors.
In what aspect does epiroc’s Diamec U6 Smart rig make it more convenient and safe to operate? The productivity of the rig is far superior because of the automation of the machine itself. The Diamec Smart U6’s advanced rig control system allows all drilling activity to be automated from a safe distance. If we did not have the Diamec Smart U6 with rod handler, we would not be able to drill the holes we have because of the water pressure. Having the rod loader, we are able to load the inner tubes and drill pipe against the water pressure. Otherwise, it’s very dangerous.
How does Epiroc’s Diamec Smart U6 commit to qed’s proclamation “reduce your risk”? Drilling in such difficult conditions has resulted in fatalities in the past at other mine sites around the world and that’s something we wanted to completely eliminate. We are able to avoid this potential type of accident with the use of the Diamec Smart U6. We can operate from a safe distance and have no need for manual handling, particularly when dealing with high water pressure.
How does using Epiroc’s Diamec Smart U6 align to your core value: responsibility for environmental protection? Being an electric rig, there are naturally no emissions when working underground—that is vital to the health of our employees.
Modernization
For new milestone, Blackley felt that using hi-tech Epiroc’s Diamec Smart U6 and U8 brings QED into the 21st century.
What Diamec Smart U6 features make it more suitable for qed’s underground mineral exploration? Since it is operated by computer, it has parameters that are set to optimize penetration while protecting mechanical integrity and drill bit life. When we have to vacate the mine because of blasting, we just leave it drilling by itself, and when we come back, the rig has finished drilling and shutdown [automatically] and ready to pull the inner tube.
Is using more Hi-Tech equipment convenient to its operators? A computer-automated machine might initially appear to be complex but in fact it was well-received by our Filipino operators. They love it. QED provided training for the Drillers with initial assistance from an Epiroc consultant, to give the guys the skills needed to maximize the machines capability.
“”Technology is changing. If we don’t start using this type of equipment now, when will we ever start?” asked Blackley of his team. Even with some hesitation from some,Blackley simply insisted, “We will buy this machine and bring QED into the 21st century. 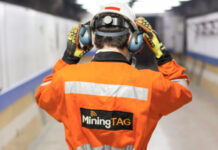 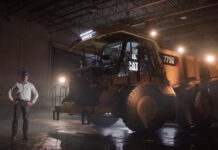 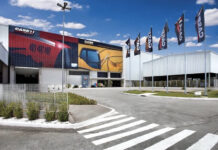 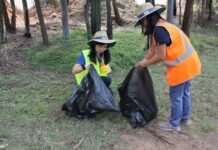 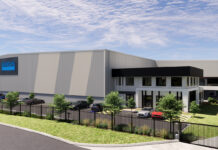