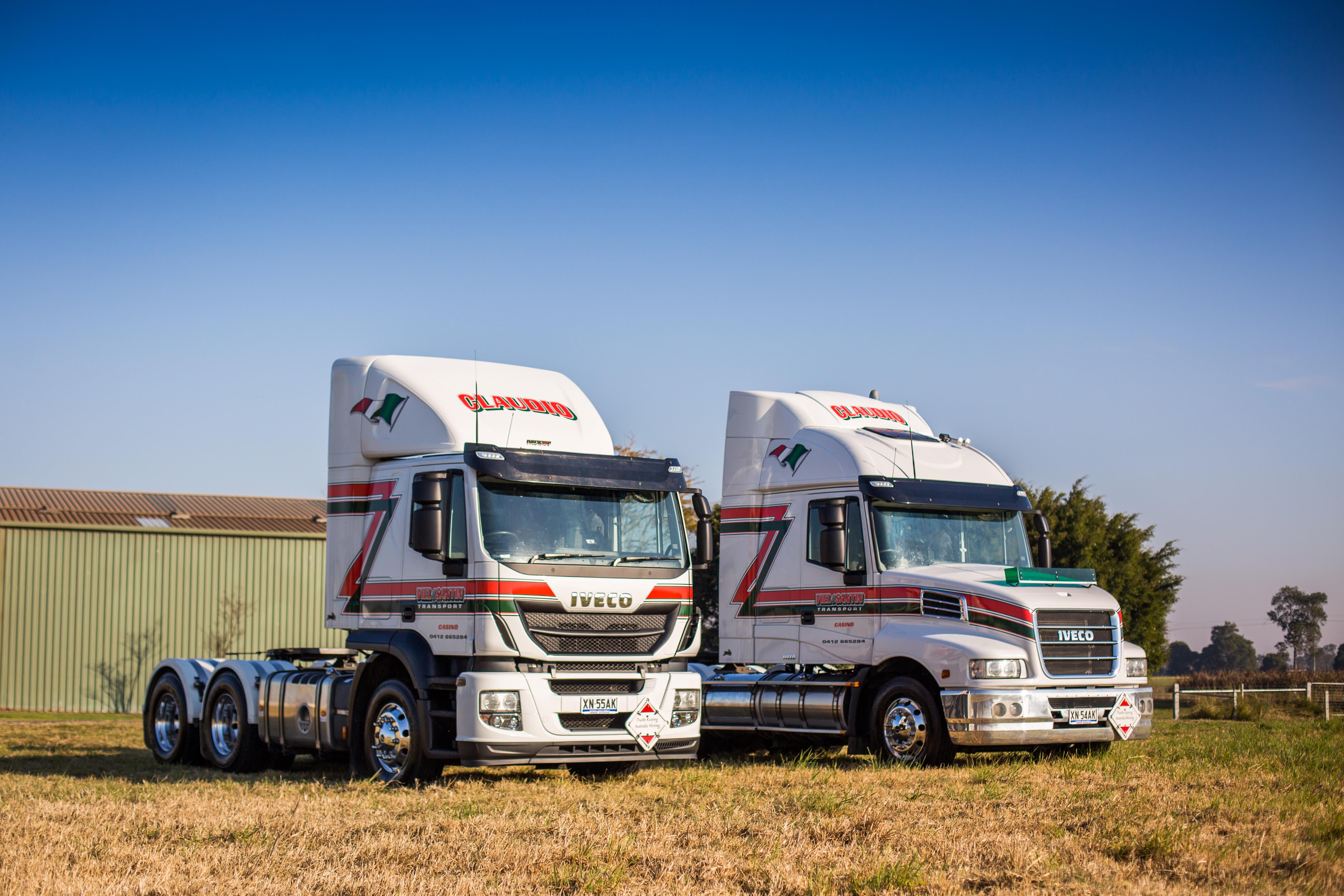 Iveco owner, Claude Viel has continued his long association with the brand, recently adding a new Powerstar and Stralis to his fleet of 15 trucks.
As the Director of Viel and Santin Transport based in Casino, New South Wales, the 74-year-old’s driving days might be over, but he still plays a very active role in managing the business, and Claude subscribes to the adage: ‘if it aint broke, don’t fix it’.
So after two previous IVECO Powerstars – a 2011 and 2012 model – were recently retired with 1.3 million and 850,000 kilometres showing, Claude again looked to the brand to provide the replacement vehicles.
Despite being approached by salespeople representing other manufacturers, Claude put his money down on a Powerstar 6800 and Stralis AS-L with output of 560 hp / 2300 Nm and 500 hp / 2300 Nm respectively. Both of the trucks feature EuroTronic II 16-speed automated transmissions.
Claude said that he finds the IVECOs to be ideal for single trailer intra and interstate transport in particular.
“They are a very good truck, they’re quiet and comfortable and well suited to what we use them for – the drivers I have in these trucks love them,” he said.
“In a single trailer application, we travel to the Gold Coast, Brisbane, Grafton and other areas hauling a range of general freight; we’re normally right up on our weights at 42.5 tonnes and the trucks do the work easily.
“This time around we have chosen to go with the automated transmission – why anyone would go back to a manual after driving the AMT, I just don’t know.”
Claude remembers his early driving career when he was still in his 20s, travelling similar routes and with the same weights as today – the experience was vastly different.
“In the old days when I first started driving we were using trucks with 205 to 280 horsepower, by the end of the day you’d be so tired from changing gears all the time,” he said.
Another area where Claude is extremely happy with the new vehicles is in fuel consumption. Both the new trucks feature two variants of IVECO’s Cursor 13 Series II engines, while the preceding models were Cummins-powered.
“We’re getting really good fuel figures on the two new trucks, we’re often at around 2.7 kilometres per litre,” he said.
“All up we’re enjoying a fuel saving of around $1100 per month for each truck compared to the earlier models, that’s a great saving and about half the cost of the monthly finance repayment we make per truck.
“Fuel is a major expense in running a transport company so any time you can get savings like that, you grab them.”

Epiroc to Acquire the MineRP Software Company for Increased Mine Productivity