As the world’s fourth-largest coal producer and Southeast Asia’s biggest gas supplier, Indonesia has long been a leader in traditional fossil-based energy production. However, in recent times the country has scaled up efforts to move to a more sustainable energy future. As part of this initiative the new 220MW Rantau Dedap geothermal power plant is under development in South Sumatra, Indonesia.
PT Kharisma Wicaksana Mandiri, a leading Palembang-based heavy equipment contractor, is supporting construction work and chose its recently-acquired Volvo EC200D for the job.
“We selected the EC200D for its power, safety and low fuel consumption. It has been on site for a few months and is already preforming impressively,” said Junaidy Darsono, operational director of PT Kharisma Wicaksana Mandiri. “We received good feedback from our operators who enjoy the machine’s easy functionality and operability. And our management team really appreciates the cost-savings we get from the low fuel-consumption and overall productivity gains.”
The EC200D is loading soil into dump trucks and despite the challenging tropical woodlands and wet weather conditions, the machine can still move around 1000 m3 of material in each 10-hour shift.
The EC200D features the powerful Volvo D5E Tier 3 engine that delivers 123 kW at 2,000 rpm. Coupled with compatible hydraulics, the it is designed to operate quickly and with short cycle times. It is configured with a 5.7 m boom, 2.9 m arm and 0.8 m3 bucket, while maximum breakout force is 116 kN.
Although it only launched into Indonesia at the beginning of 2018, the EC200D is already establishing itself as one of the most popular Volvo excavators in the country. It’s versatility in general construction combined with fast cycle times brings new levels of productivity to job sites.
PT Kharisma Wicaksana Mandiri purchased the EC200D from a local dealer, PT Indotruck Utama, one of Volvo’s two distribution partners in Indonesia. It will remain on the Rantau Dedap project for another three years. The facility will be operated by Supreme Energy, in partnership with French electric utility company, Engie, and Japanese investment conglomerate, Marubeni Corporation. 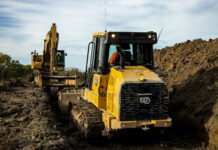 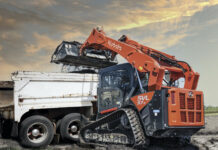 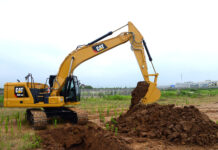 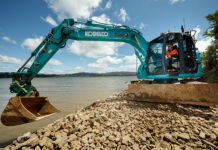 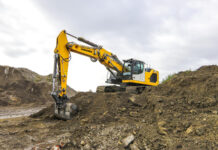 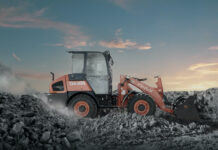 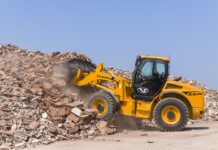 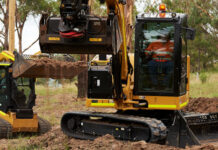 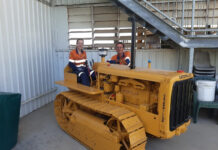