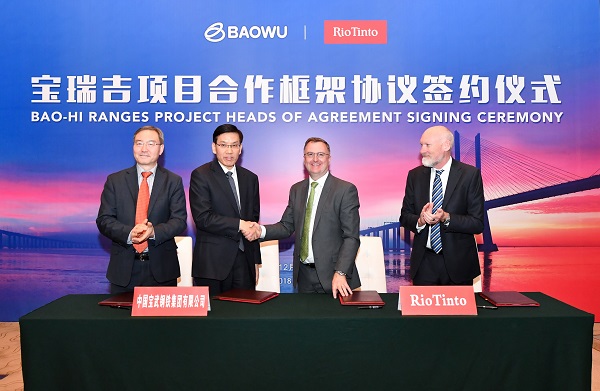 Rio Tinto and China Baowu Group have agreed to discuss extending the Bao-HI iron ore joint venture in Western Australia’s Pilbara region which has achieved sales of more than 180 million tonnes since it was created in 2002.

A heads of agreement was signed at a ceremony in Shanghai attended by executives from both Rio Tinto and Baowu. The agreement reinforces Rio Tinto’s partnership with Baowu, recognising the significant expertise and knowledge both parties bring to the joint venture.

Rio Tinto Iron Ore chief executive Chris Salisbury said “The signing of this agreement is a significant milestone in the partnership between Rio Tinto and Baowu that extends back more than four decades and was enhanced with the creation of the Bao-HI JV. The success of this relationship has contributed to the growth of both our organisations over many years and is one which continues to develop and strengthen over time.”
The JV pertains to the Eastern Ranges mine and Western Range project in the Pilbara. Rio Tinto has commenced a pre-feasibility study in to the Western Range project which is expected to be completed by the end of 2019.

Rio Tinto’s first ever shipment to China in 1973 was delivered to the Shanghai No. 1 steel mill, now part of China Baowu Group.
China Baowu Steel Group Corporation, was established in 2016 following the consolidation of Baosteel Group Corporation and Wuhan Iron & Steel (Group) Corporation. It is now the world’s second-largest steel company by capacity and is Rio Tinto’s largest Chinese customer.
Rio Tinto owns 54 per cent of the Bao-HI JV with the remaining 46 per cent held by China Baowu Group. 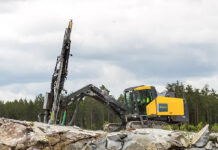 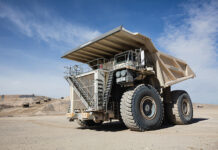 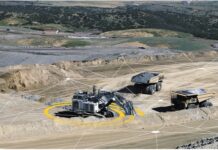 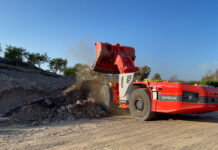 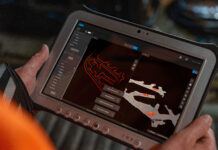 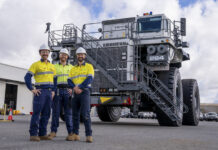