At 289m AHD, the mixed-use tower comprising of residential, serviced apartment, retail and commercial space is the tallest in the CBD •

The project is creating more than 500 new ongoing employment opportunities and over 3000 jobs during construction in Melbourne, Australia: Leading Malaysian property developer, UEM Sunrise, and Australian Tier 1 contractor Probuild are proud to announce that Melbourne CBD’s new tallest and most significant tower, Aurora Melbourne Central, has officially reached its highest point. Topping out at a staggering 289m AHD, Aurora Melbourne Central is an 88-storey mixed-use development comprising 959 residential apartments, 252 serviced apartments, office suites and premium retail space. Having now reached its structural peak, it towers over the CBD’s current tallest tower, The Rialto, which is at 270m AHD.

UEM Sunrise Managing Director and CEO, Anwar Syahrin Abdul Ajib, said that this is not only a major milestone for UEM Sunrise, being the company’s second project to top out in Australia in the past 12 months, but also a testament to the growth of Melbourne’s prospering CBD. “Aurora Melbourne Central is UEM Sunrise’s flagship development in Australia, so it is a very important moment for us to see it structurally reach its peak. It is a testament to the work of all parties involved in the project, including our construction partner Probuild, that it has been so successful thus far, and it’s fantastic that we are able to celebrate this milestone together. “UEM Sunrise is very proud to be bringing such a significant and top quality project to the Melbourne CBD that not only provides extensive residential, commercial and premium retail space for the community to grow into, but will create more than 500 ongoing opportunities for employment upon its completion and has seen over 3000 jobs created during construction,” said Mr. Syahrin. City of Melbourne Lord Mayor Sally Capp welcomed the city’s newest building. “Melbourne is renowned for our stunning city skyline and we now have an exciting new addition with Aurora Melbourne Central. “This mixed-use development by UEM Sunrise and Probuild will see new residents and businesses move into the CBD and I look forward to welcoming them into our great city,” the Lord Mayor said. Aurora Melbourne Central offers residents unparalleled connectivity and convenience, being the only residential development in Melbourne to have a direct underground connection to Melbourne Central Train Station, Melbourne Central Shopping Centre, Emporium, Myer, David Jones and Bourke St Mall via a series of underground and overhead pedestrian bridges. Furthermore, top tier educational institutions such as RMIT University and The University of Melbourne are only a short walk away. Probuild’s Victorian Managing Director, Luke Stambolis, said Probuild couldn’t be prouder to have delivered Melbourne CBD’s tallest mixed-use tower. “It is an absolute honour to be working with UEM Sunrise to deliver Aurora Melbourne Central, an icon in the Melbourne skyline,” he said. “A building of this magnitude is truly world class, and at Aurora Melbourne Central we have been able to take advantage of the latest in construction innovations to ensure a seamless delivery across multiple stages. “Aurora Melbourne Central has been strategically constructed to enable a staged handover, where residents have been able to move into the first two completed stages since October 2018, while construction continues safely above at higher levels.” Construction of the final stages of this landmark project is expected to be completed this coming August. The development is 100% sold, with 95% selling out in just two weeks of launch to local and international buyers. – Ends – For any media enquiries, kindly contact: Susana Liu (Keep Left, on behalf of UEM Sunrise) susana@keepleft.com.au 0408 545 267 Or Caitlin Harris (Probuild) crharris@probuild.com.auj 0422 216 641 More about Aurora Melbourne Central Aurora Melbourne Central is an 88-storey mixed-use development, comprising 959 residential apartments, 252 serviced apartments, 3,460m2 of office space and 3,500m2 of premium retail space. Residents will have breathtaking views over the city’s treasured landmarks, including Port Phillip Bay and the Dandenong Ranges, as well as access to an abundance of residents-only facilities spread over 4 levels, including a lap pool, jacuzzi, 24-hour concierge, cinema, karaoke room, gym, dance barre, yoga zone, wellness room and business centre About UEM Sunrise UEM Sunrise Berhad (“UEM Sunrise”) is a public-listed company and one of Malaysia’s leading property developers. It is the flagship company for township and property development businesses of UEM Group Berhad (“UEM Group”) and Khazanah Nasional Berhad (“Khazanah”). UEM Group is wholly-owned by Khazanah, the strategic investment fund of the Government of Malaysia. The Company has core competencies in macro township development; high-rise residential, commercial, retail and integrated developments; as well as property management and project & construction services. Internationally, UEM Sunrise’s presence extends into Australia, Singapore, Canada and South Africa. In Melbourne, its 88-storey Aurora Melbourne Central is the tallest development in the Central Business District, while the inspiring 38-storey Conservatory located on Mackenzie Street boasts panoramic views over the historic UNESCO World Heritage-listed Royal Exhibition Building and Carlton Gardens. UEM Sunrise’s latest launch, Mayfair, located on the prestigious St Kilda Road, heralds ultra-luxurious living with an emphasis on bespoke experiences. Construction of Mayfair is expected to commence in Q4 2019. About Probuild Probuild is one of Australia’s largest construction companies, with a national pipeline of projects worth $5 billion and an annual turnover of more than $2 billion. As a Tier 1 construction company, Probuild is currently delivering some of Australia’s largest and most iconic construction projects – including The Towers and Ritz Carlton at Elizabeth Quay in Perth, 443 Queen Street in Brisbane, West Side Place in Melbourne and The Greenland Centre in Sydney. 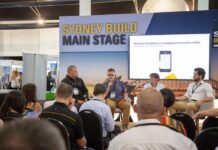 Building up to Sydney Build Expo 2022: What to check out at Australia’s Leading Construction, Architecture & Infrastructure Expo 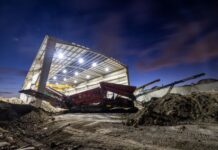 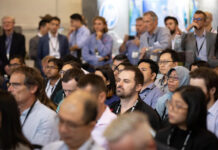 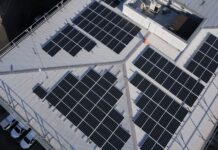 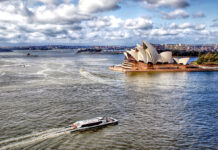 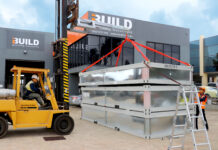 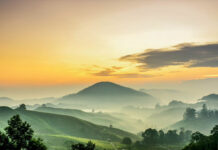 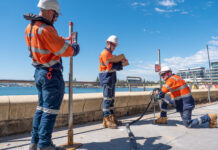 Considerations for maintaining and remediating Seawalls according to Mainmark 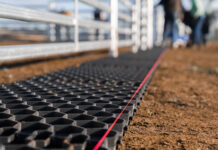 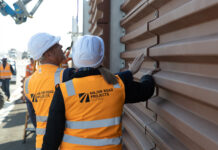 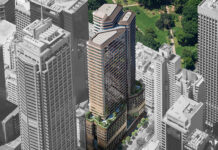 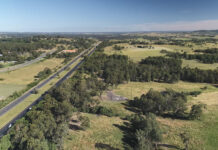 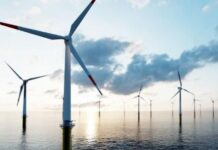 The Australian Government to unlock Investment in offshore Energy Projects 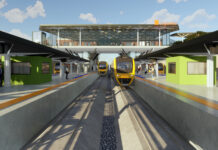 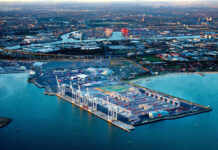