Developments in road infrastructure and increasing demand for paved roads continue to influence sales of soil compaction machines. Highways and roads being a key facet of infrastructure sector in an economy, their construction becomes an imperative aspect. This factor is likely to remain instrumental in driving the demand for construction equipment such as soil compaction machines.

Sales of light tandem rollers, as opposed to trench rollers, are expected to account for more than 51 per cent of the light soil compaction machines marketplace.

However, the report projects that the demand for trench rollers is projected to expand at a comparatively higher pace during the assessment period on the back of superior productivity and compaction output. In addition, trench rollers can be used in highly cohesive soils. Manufacturers of soil compaction machines are largely investing in improving trench rollers in a bid to enhance longevity and achieve higher customer satisfaction. 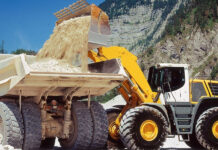 The Importance of regularly Calibrating Industrial Scales according to Position Partners