The 4,108-piece model of the R 9800 excavator: the result of the partnership between Liebherr and Lego

COVID-19 pandemic has turned out to be a major growth determinant in the industrial automation sector. With the integration of digital infrastructure to monitor and...
Read more
Construction Equipment

Developed in partnership with Liebherr, the 4,108-piece model of the R 9800 excavator comes with an array of true-to-life features and functions, introducing Lego builders to advanced elements of engineering, while the Lego Technic Control+ App puts the builder in complete control of the model. 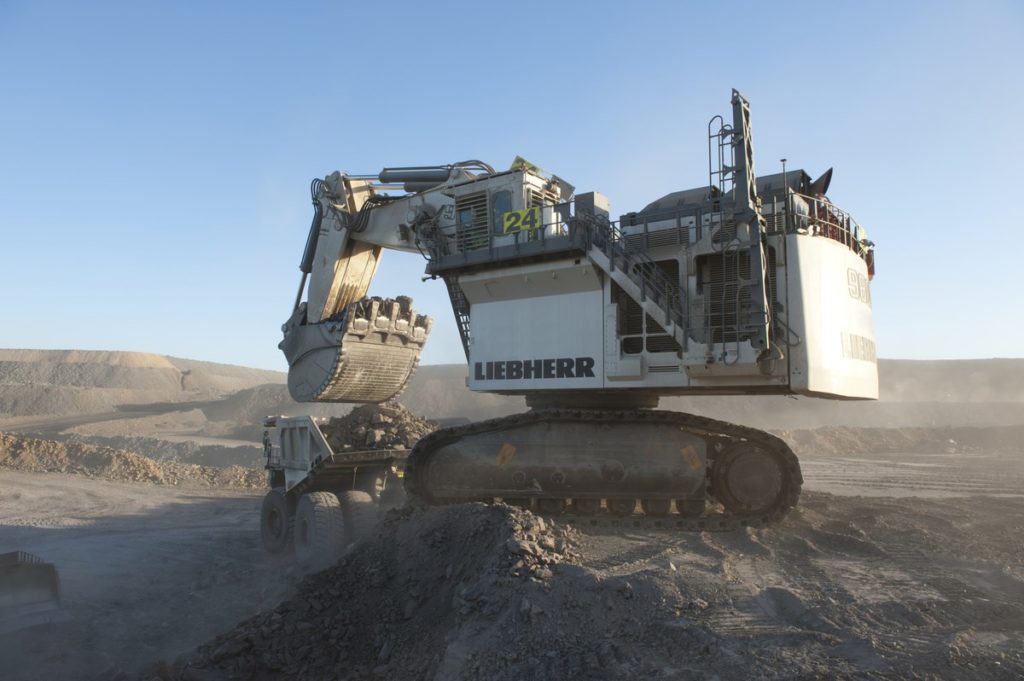 The Liebherr replica is not only the new flagship of Lego Technic models but also the first smart device connected kit, which allows programming. The feature enables the user to control the model entirely via a smart device, reproducing the operations and applications of its original Liebherr counterpart.

“I think that for any brand, being contacted by Technic for a project like this is a great honour! Even more, when it’s to develop the flagship of the range for the year to come, this is clearly a strong signal. This means that your brand is attractive and conveys values of quality and performance. We experience the fascination for our huge machines and the sophisticated technology behind them – for example with visitors at our trade fairs. We believe that the Lego team has done a great job in capturing this fascination and turning it into an impressive model, that can ignite the joy for engineering,” said Grégory Schuh, Marketing Manager at Liebherr-Mining Equipment Colmar SAS in France.

“We wanted to give fans an even more authentic experience when they build for real with Lego Technic elements. This new way of controlling your Lego Technic set bridges the physical and digital world and gets you even closer to the real-life model replicas that you build,” said Niels Henrik Horsted, Marketing Director at the Lego Group.

In the course of the partnership, Liebherr provided comprehensive support to the Lego project team; not only during the development of the model but also for the development of the marketing campaign revealed in early October on the Lego Technic and Liebherr social media channels. Lego team gained unrestricted access to the machines, logistical support and contact with the customer to make this project possible.

As an innovative brand and committed to digital transformation, Liebherr is also pleased to be associated with the launch of the Control+ App, a major innovation that complements the consumer experience. This new smart device connected platform that delivers a richer and more immersive Lego play and building experience for Lego Technic fans, regardless of age, replacing the Power Function system.

The sophisticated app technology enables super-precise movement and functionality while delivering authentic digital play combinations. The multi-function control screen on the app enables users to drive the excavator in all directions, rotate the superstructure, extend and raise the boom, open and tilt the bucket, play realistic sound effects and get real-time feedback, such as boom position, power usage and drive distance – authentically mimicking the original.

With the One-touch screen, Lego fans can use drag patterns to control the boom, arm and bucket, while the Custom-built movements screen enables users to choose pre-set commands or record the model’s actions to create complex movement sequences. Finally, with the challenges & achievements screen, users can complete challenges to unlock reward badges.

The Liebherr machine, on which the Lego model is based on, is produced at a Liebherr site in Colmar, France. Since 1961, Liebherr has produced hydraulic excavators in Colmar. Along with earthmoving, demolition, and other industrial products, Liebherr also offers machines for the extraction and loading of material in the open-cast mining industry. Liebherr in Colmar today operates under the name of Liebherr-Mining Equipment Colmar SAS.

The mining excavator is one of the heaviest machines in the Liebherr universe. With its 810-tonne weight, the Liebherr R 9800 weighs approximately three times more than a large passenger aircraft. The bucket size comprises 42m³ and can hold 80 tonnes of material in one bucket – as much as filling 300 bathtubs. Because of its size and heavy parts, 28 trucks are required for the shipment of one R 9800. For assembling the full-size R 9800, 12 weeks are required.

The replica model LegoTechnic Liebherr R 9800 excavator can be put together faster and comes in just one box. It is now available in stores and in the Liebherr-Shop.

About the Liebherr Group

The Liebherr Group employs over 46,000 people in more than 130 companies across all continents. In 2018 Liebherr achieved a total consolidated turnover of more than 10.5 billion euros. As a global family-run technology company the Group is one of the world’s largest manufacturers of construction machines and is recognised for developing technically advanced and user-oriented products and services. Liebherr was founded in Kirchdorf a der Iller in southern Germany in 1949.

About the Lego Group

The Lego Group’s mission is to inspire and develop the builders of tomorrow through the power of play. The Lego System in Play, with its foundation in Lego bricks, allows children and fans to build and rebuild anything they can imagine.

The Lego Group was founded in Billund, Denmark in 1932 by Ole Kirk Kristiansen, its name derived from the two Danish words LEg GOdt, which mean “Play Well”.

Today, the Lego Group remains a family-owned company headquartered in Billund. Its products are now sold in more than 140 countries worldwide.

Dumpers: robust, efficient and cost-effective Dumpers are the flagship product of the Barcelona brand, with as many as 15 different models with payloads ranging from...
Read more
Bobcat