Written by WesTrac in April 2021

Joel Griggs, owner of JG Earthworx, has achieved a lot of success since starting his earthmoving business in 2015. He credits this success to being committed to having the best machines on the market and always doing quality work.

Growing up on fast dirt bikes and racing hard was how Joel Griggs, owner of JG Earthworx in Braidwood, first got his taste for the smell of fuel and quality machinery. But this soon turned to a passion for all things earthmoving and, in 2015, JG Earthworx was born.

Joel’s youth also involved plenty of trucks and machines from his dad’s business. With a solid decade of industry experience working for both himself and various other companies in his earlier years, JG Earthworx is now one of Braidwood’s significant earthmoving players. Joel said:

“I’ve been an operator for the last ten or so years but I grew up around trucks and machines, so I’ve always had a part in it. Nowadays, we do everything from roadworks and civil, to rural works, dams and clearing, along with land rehabilitation and small landscaping jobs. With our range of diverse, modern Cat machinery, we will pretty much have a go at anything.”

A passion for Cat Equipment

Talking with Joel about his machinery and work, his passion for the industry and the Cat equipment is obvious. Joel shared:

“First off, we just love what we do. All of us have a huge passion for machines and dirt. We aren’t just in it for a job or for the sake of it. We try and keep up with the latest technology, GPS and safety features. By doing this, we find we often can fill the niche in the market. We take the utmost pride in our work and always put our clients first.”

In Joel’s eyes, it has been this commitment to having the best machines on the market that has provided such a clean run on completing big jobs on time and budget, without the hassle or dramas involved in operating older machines that break down and require regular maintenance. For a business owner like Joel, regularly working in and around his hometown, the reputation of both his work ethics and machinery is paramount.

“Cat machines have been a massive benefit for us in general, along with our relationship with WesTrac. Not only do our Cat machines look the part, they have never let us down, and the support from WesTrac is always there.”

“The new technology is second-to-none. Next-Gen machines are unbelievable. They allow us to be more productive, do better work and be safer. They’re super comfortable for the operators and pretty much run on an oily rag as far as fuel goes. The competition is starting to do similar things, but I believe Caterpillar is ahead of them all and will continue to do so. And what kid doesn’t grow up wanting to drive a Cat machine, right?”

JG Earthworx does the work, a lot of it

Joel and JG Earthworx are currently doing a bit of everything. They have excavators on the local council roadwork upgrade and dozers out doing tree clearing work and bushfire clean-up. They are also building dams for farmers. In the mix of that, they are also doing roads, driveways, and everything from little backyard jobs in their 1.7-tonne mini excavator. So, it’s safe to say they are busy and enjoying the variety and flexibility of work that their Cat fleet brings.

When asking Joel about his history with Caterpillar and WesTrac, he shared:

“I grew up like every kid does, always loving Cat machines, I worked for my cousin when I left school, and he was and still is a Cat man. I also drove other machines for different companies, but when it came to choosing my first machine, it was hard to go past Caterpillar, and I haven’t looked back.”

Joel said of his relationship with his rep Daniel Neal from WesTrac:

“My relationship with WesTrac is great. Their field service is the best there is. If I need something, they make it happen. They have parts and back-up when you need them. Dan, my sales rep, is awesome, I can ring him up and talk a bit of smack like I would with any of my mates, but he’s also there when I have any issues or need anything. I see myself being a Caterpillar man for life.”

“The nicest machine Iìve ever driven”

While onsite, we had the opportunity to catch up with Joel’s cousin, Nathan Griggs who is 2IC at JG Earthworx, as well as a gun operator who has been moving earth for more than four years. Nathan spends most of his time in the new 320. As he’s happy to share, he loves sitting in the 320 every day. Nathan with passion and enthusiasm said:

“The Cat 320 is the nicest machine I’ve ever driven. As soon as I sat in the cab, I noticed there was heaps of room on the right-hand side and the old blind spots have disappeared The integrated technology and productivity features also make my job a lot easier. For example, the payload scales and automatics (depth/height/ slew limiter) are features that have become standard on every job I do. The safety factor is also massive! I just love everything about it.”

On hand for a chat was the WesTrac sales rep for JG Earthworx, Daniel Neal, who looks after the ACT and South Eastern NSW areas. Daniel was previously a sales rep in the Sydney region but has since taken on his new role to expand his product knowledge and can now sell from 1 ton through to 90-tonne machines. Daniel shared:

“It’s been a great move for me. Moving out of Sydney has been a refreshing change, and I love the area and the people. It’s a privilege to sell the Next Gen product, and all the technology and cost savings features like fuel efficiency are game-changing for my customers. Building on the new relationships I’ve built in recent times is one of the highlights of my role.”

It is not hard to see why Joel and his team are achieving the success they have been working towards, as their passion and drive for what they do speaks volumes about their good old fashioned hard working Australian values. 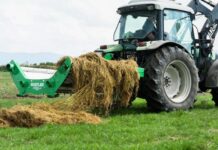 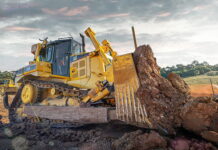 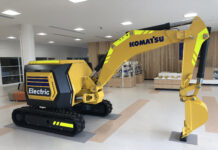 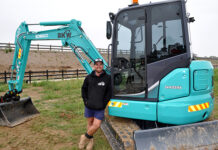 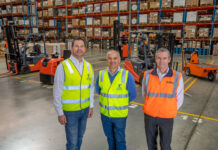 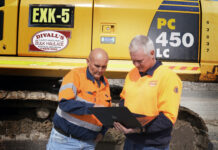