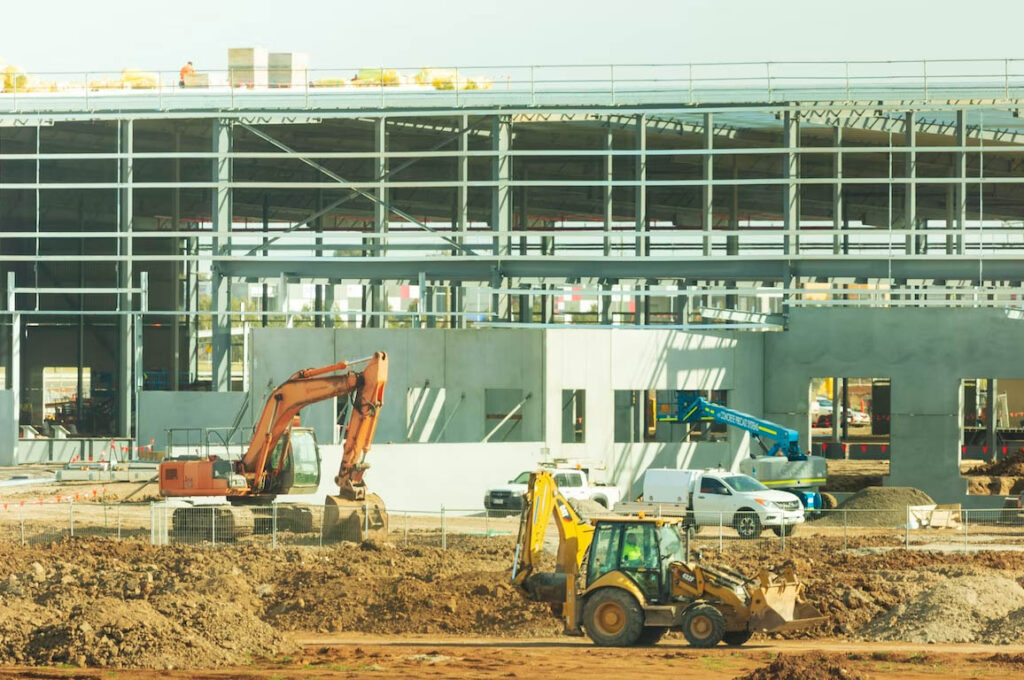 “Leaders considered analysis on the market’s capacity to deliver Australia’s record pipeline of infrastructure investment to support the country’s growing population. This analysis highlighted the importance of monitoring infrastructure market conditions and capacity at regular intervals to inform government policies and project pipeline development. Leaders agreed that Infrastructure Australia will work with jurisdictions and relevant industry peak bodies to monitor this sector.”

In meeting this request, Infrastructure Australia has worked collaboratively with state and territory governments, and industry across Australia and internationally. These partnerships continue to facilitate our ability to understand and analyse the pipeline of major public infrastructure projects through the Market Capacity Program established in 2021.

Of the $237 billion five-year major public infrastructure pipeline, 63% is attributable to transport projects.

Of the $410 billion other infrastructure projects, roughly three in four dollars ($319 billion) are allocated to privately funded projects, such as residential and non-residential building activity, over the next five years.

This greatly expanded view of infrastructure demand effectively equates to a doubling of key resources at minimum, including plant, labour, equipment and materials.

Materials required to deliver the five-year pipeline of public infrastructure projects
are valued at $75 billion, of which steel and concrete account for 34% and 33%, respectively. As explored in Section 4: Understanding non-labour supply, quantities of locally-produced steel will be insufficient for meeting demand between 2020—21 and 2023—24. 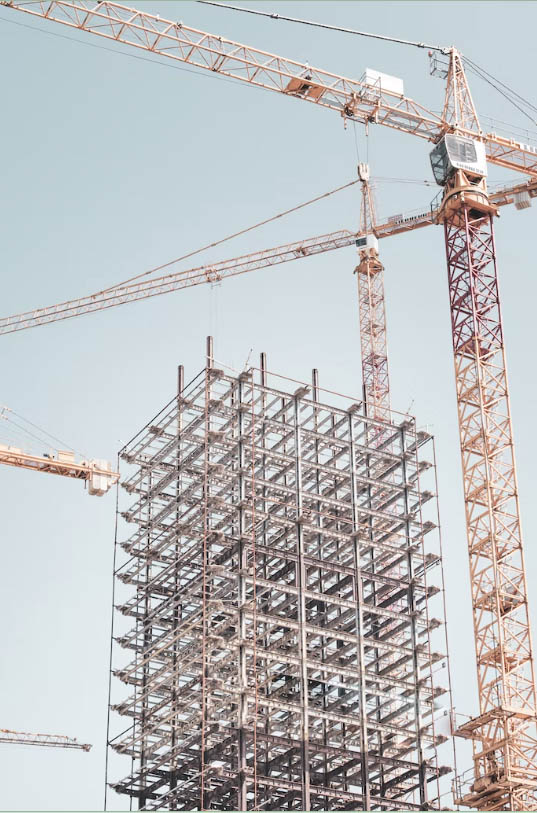 The culmination of today’s difficult market conditions means that projects are being delivered in a reality that is vastly different than planned. The likely result is a dramatic slowing of progress, not by choice and therefore not by plan. The evidence supporting this assertion is a comparison of 2021’s reported total investment for major public infrastructure projects during 2021—22 ($44.6 billion) with this year’s total investment for the same period and same set of project types ($43.3 billion). This drop in total investment provides early signs that not all projects are being delivered to schedule, with some projects taking longer to complete than originally planned.

Broadening the view of infrastructure demand

Major public infrastructure projects are defined as projects with a value higher than $100 million in New South Wales, Victoria, Queensland and Western Australia and more than $50 million in Tasmania, South Australia, the Northern Territory and the Australian Capital Territory.

This year, Infrastructure Australia has taken steps to enhance its commentary on market capacity, capability and potential risks, by importing significantly more project-level data into the Market Capacity Intelligence System, including:

Privately-funded public infrastructure, e.g., toll roads that are funded, delivered and operated by the private sector.

Given every project is competing for the same set of limited resources, obtaining this wider view has been critical in ensuring:

A combined infrastructure pipeline worth $647 billion over five years

Infrastructure projects in the Market Capacity Intelligence System represent $647 billion in total estimated capital investment for the duration of the project between 2021—22 to 2025—26, in nominal terms at time of estimation. This equates to an annual expenditure forecast of $129 billion each of the five years.

Figure 2 shows that major public infrastructure projects represent $237 billion (37%) of the $647 billion five- year pipeline. This is an increase of $15 billion in the last 12 months.

Other infrastructure projects (small capital, privately funded for public use, private, and road maintenance) combine to form a $410 billion pipeline over five years.

Of the $410 billion expenditure that excludes major public infrastructure activity, private construction projects represent the bulk of demand with a forecast expenditure of $319 billion (78%). Of this, $271 billion is attributed to private building projects of which $183 billion is private residential activity.

Projects valued below the threshold of $100 million in New South Wales, Victoria, Queensland and Western Australia, and below $50 million elsewhere represent a small proportion of building activity. $11 billion is planned for small-capital education infrastructure over the next five years (compared to $2.1 billion in major education infrastructure in the same timeframe), which is likely to be the combined value of construction projects occurring across multiple schools.

Australia continues to pursue an ambitious pipeline of public infrastructure investment. Industry confidence, the view from constructors and suppliers is that their order books are filling up while lead times are extending as they contend with labour shortages and logistical constraints. The assertion is that projects are being delivered in a reality that is vastly different than anticipated, and as a result progress is slowing dramatically, not by choice and therefore not by plan. In this way, the infrastructure market appears to have reached the limit of its ability to adjust.

Reviewing historical project data confirms a P50 (portfolio average) project slippage rate of 9%, giving a good indication of the average slip rate for projects under normal market conditions. Given today’s difficult operating conditions, a P75 indicator offers a more realistic context for current demand, and as such shows that 75% of major public infrastructure projects could take up to 53% longer to complete than their schedule targets at final business case. 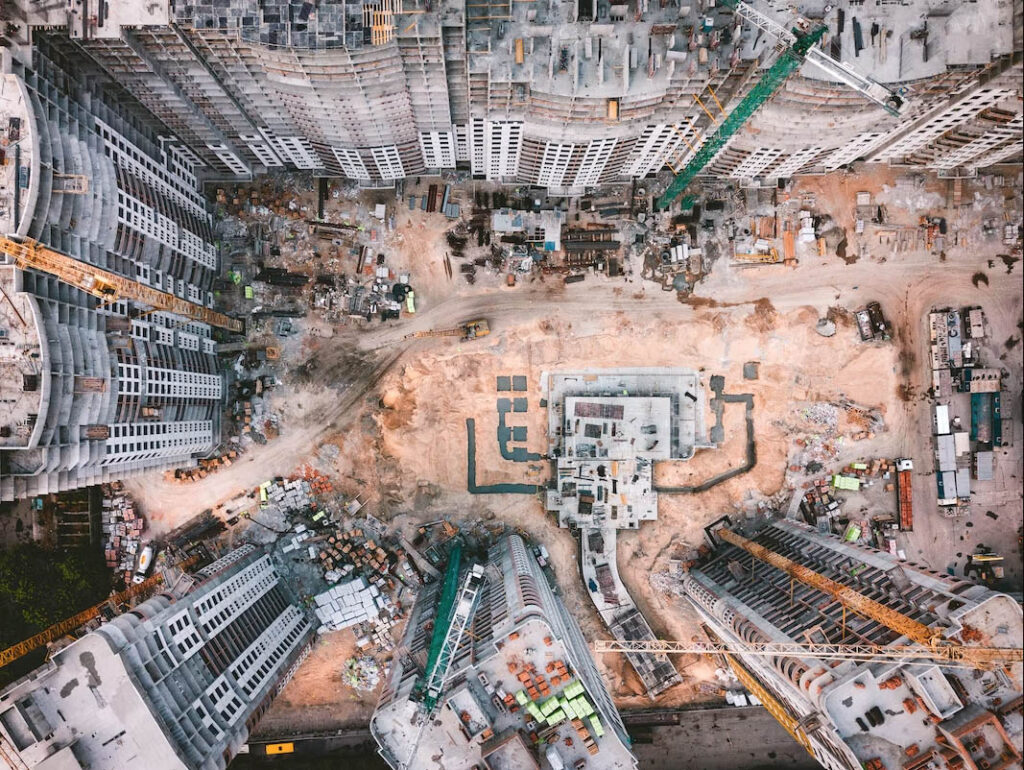 To illustrate this point, the 2021 Infrastructure Market Capacity report projected total investment for major public infrastructure projects during 2021—22 to
be $44.6 billion. One year on, with more recently-updated project schedule and investment data in nominal terms at time of estimation and therefore not counting the cost of subsequent price escalations, the total investment for the same period (and same set of project types) reduced slightly to $43.3 billion. This provides early signs that not all projects are being delivered to schedule, with some projects taking longer to complete than originally planned.

This analysis is based on historical project slippage rates, the accuracy of which can be improved in future versions of this report by collecting and analysing actual project expenditure data from states and territories for contemporary projects within their jurisdiction, for both recently completed and in-flight construction projects.